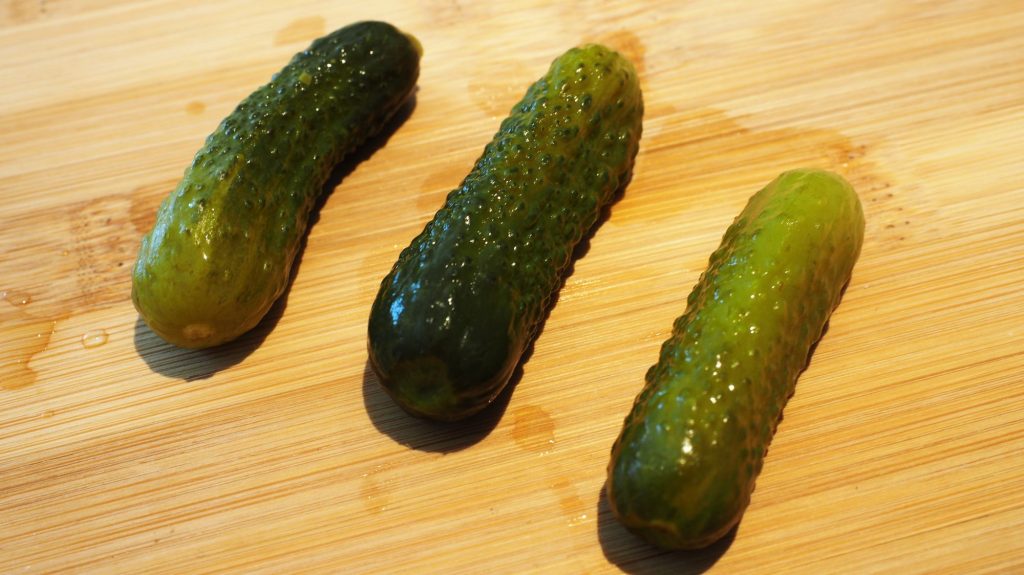 One can argue about the use of the term frequency comb for the resulting light sources. In particular in cases when only two modes or only individual photon pairs are generated. But I will be a bit more relaxed with the term also because it is not always possible to make a clear distinction and because quantum comb or qucomb sounds cool.

In first experiments by the groups of M. Lipson and A. Gaeta the silicon nitride microresonator was pumped above threshold by a CW laser and some squeezing between two symmetric sidebands was observed8. The squeezing was quantified as 1.7 dB (or 5 dB after correction for losses). However, no further experiment has been conducted with this squeezed source yet.

So far the majority of quantum experiments has focused on the sub-threshold case where single photon correlations can be observed for symmetric photon pairs around the pump. One experiment by the group of R. Morandotti uses a pump scheme with two, orthogonally polarized CW pump lasers to generate photon pairs symmetric around these two pump. The results were advertised as a source for correlated photons or as a heralded single photon source9. In later experiments of this group a pulsed pumping scheme was used, in order to obtain a precise timing, and time-bin-entangled two-photon and four-photon states were observed1. Building on these results, the group also showed a potential way to implement quantum operations using higher-dimensional entangled states where a single photon pair spreads over multiple modes (in this case 10). In principle, the photon pair could spread even over more modes of the frequency comb (or microresonator) which would allow for even more dimensions of entanglement. Phase modulators were then used in order to cause an interaction between the modes which allowed to demonstrate some operations with these multipartite-entangled states2. Also a recent work from the group of A. Weiner shows that the spontaneously generated photon pairs that exit the microresonator span multiple modes and are therefore higher-dimensional qubits (also called qudits)3. Additionally, this work shows nonlocal dispersion cancellation.

When looking at the microresonators used in these experiments, the requirements deviate a bit from the ones typically cited for Kerr frequency comb generation. The experiments that have been done so far are all based on integrated microresonators (either silicon oxynitride, silicon nitride or silicon). However, the quality factors (Q factors) of these resonators were not particularly high. One reason is that for the low power experiments below threshold a high quality factor of the loaded microresonator is not so crucial. Instead, the ideal case is an over-coupled microresonator where few photons are dissipated inside the microresonator but most photons couple out soon after being generated. Similarly a for the frequency comb above threshold, the dispersion of the microresonator limits the bandwidth over which the correlated photons can be observed. However, with low powers inside the resonator, the nonlinear effects can not compensate this dispersion. In contrast to many of the more recent work on above-threshold frequency combs, which rely on (dissipative Kerr) solitons and their interplay of nonlinearity and dispersion, for the sub-threshold experiments the dispersion does not need to be carefully optimized but should ideally be close to zero in order to have photons in many modes or few photons span many modes with high probabilities.

This work is licensed under a Creative Commons Attribution 4.0 International License.

A blog dedicated to the research on Kerr frequency combs (also known as microresonator frequency combs). It is also meant to build a bit of a community in order to discuss and share. Check the About page for details.